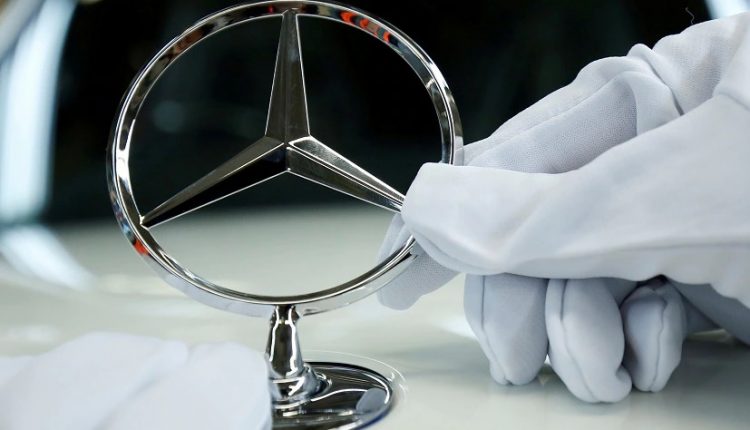 Mercedes Recall Thousands of Vehicles Due to Emissions Cheat Devices

The diesel emissions scandal continues to hound carmakers all over the world long after it broke in 2015. Mercedes-Benz, one of the manufacturers found to have cheated emissions using an illegal device, is proof of this as its parent company Daimler has had to continuously deal with fines, legal actions, and vehicle recalls.

In 2018, authorities ordered Daimler to immediately recall approximately 238,000 affected vehicles in Germany. A representative from the company said that the carmaker is fully cooperating with the federal transport ministry and the German Federal Motor Transport Authority (KBA). The recall is linked to allegations that Mercedes fitted their diesel vehicles with defeat devices, software that is used to manipulate emissions testing.

Across Europe, an estimated 774,000 vehicles are said to have defeat devices installed in them.

In 2017, German media reports indicated that Daimler sold more than one million vehicles across Europe and the United States that were not emissions-compliant. A search warrant issued by a Stuttgart court allowed authorities to investigate the excess emissions allegations and the use of cheat devices on over one million Mercedes-Benzes sold in Europe and the US between the years 2008 and 2016.

The OM 651 and OM 642 engines were alleged to have defeat devices that are used to artificially reduce emissions levels when a vehicle is in testing.

As a result of the investigation, German prosecutors raided 11 of Daimler’s offices. The investigation specifically focused on finding proof of employees who were suspected of fraudulent activities and the mis-selling of emissions-manipulated diesel vehicles.

All affected vehicles are equipped with the Euro 6b emission standard.

The main purpose of recalls is for the manufacturers to give the vehicles proper engine management software updates. The goal is to make them emissions-compliant.

Why are Mercedes vehicles being recalled?

Mercedes vehicles that are being recalled are said to have used defeat devices, which are programmed to determine when a vehicle is in testing.

Once a defeat device has ensured that the vehicle is being tested, it uses artificial methods to lower emissions so these would appear to be within the World Health Organization (WHO)-mandated limits. However, while the vehicle looks safe and emissions-compliant in the lab, the story changes once it is driven on real roads.

When the vehicle is taken out and driven in real-world road conditions, it goes back to its default settings. As a result, it releases huge amounts of nitrogen oxide or NOx emissions, at levels that are at least four times over the EU and WHO-regulated limits.

Top Factors to Consider When Choosing the Best Boat Trailer…

NOx is a group of gases that negatively impacts the environment and human health.

As thousands of Mercedes vehicles are fitted with defeat devices, the carmaker is a significant contributor to air pollution. Additionally, they also misled their customers into believing they sold only vehicles that were fuel-efficient and were thus safe for the environment.

Defeat device-equipped vehicles release volumes upon volumes of nitrogen oxide into the air. NOx contains nitric oxide (NO) and nitrogen dioxide (NO2), two of its primary components that highly impact the environment and human health.

NOx is known as a catalyst for smog and acid rain, which are common sources of toxic air. Additionally, ground-level ozone is produced when NOx reacts with other chemicals. This pollutant is responsible for exposing plants, crops, and other vegetation to frost and damage.

If a person is exposed to nitrogen oxide emissions, they can experience various health-related impacts. Constant exposure may reduce cognitive function and lead to illnesses such as Alzheimer’s disease. It can also trigger mental health issues, the most common of which are depression and anxiety.

●       Emphysema, bronchitis, and other respiratory ailments

For people who are regularly exposed to excessive amounts of NOx emissions, the impacts can be life-threatening:

●       Laryngospasm, otherwise known as spasm of the vocal cords

Air pollution is now considered the leading cause of early deaths worldwide. It has become even more dangerous than tobacco, smoking, and AIDS. In the UK, the entire country was horrified when nine-year-old Ella Kissi-Debrah died in 2013 after a bout of severe asthma. Her exposure to toxic air in the area where she lived (South Circular Road) had her visiting the hospital and emergency room several months in a row. In December 2020, the coroner formally confirmed that air pollution led to her early death.

If you have a Mercedes vehicle that falls under one of the models being recalled, you should check if you are eligible to make a Mercedes emissions claim. You should hold your carmaker responsible for their deceitful actions. Get in touch with ClaimExperts.co.uk to verify your eligibility so you can start working on your diesel claim right away.

Tips to group ride while flocking in a motorcycle

Mercedes Recall Thousands of Vehicles Due to Emissions Cheat…

Top Factors to Consider When Choosing the Best Boat Trailer…